How to put Japanese footsteps on turf

Objective – Put Japanese steps to create an alley to the garden

The idea of this photo report is to show how you put Japanese footsteps in a lawn. 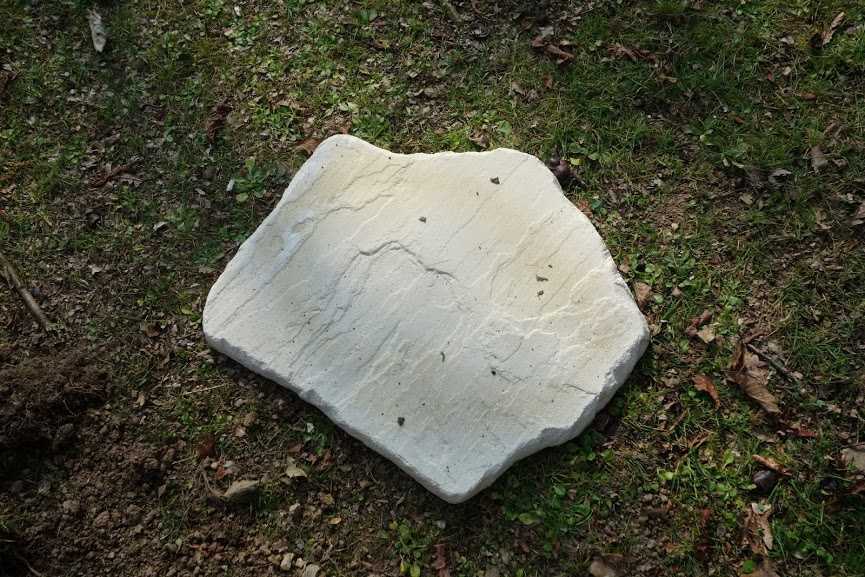 I took Japanese footprint prize at Bricodepot at a price of 2.99 euros the unit.

Frankly, they are pretty and for the usefulness I have, I find them perfect.

At first, you have to position Japanese footsteps over the entire path envisaged to realize what it will give.

Generally, the steps are slightly offset and distanced from 50 cm from center center.

Do not hesitate to change the positioning, make tests and especially every time, take the path thus create to see if it is easy to snake on the way. 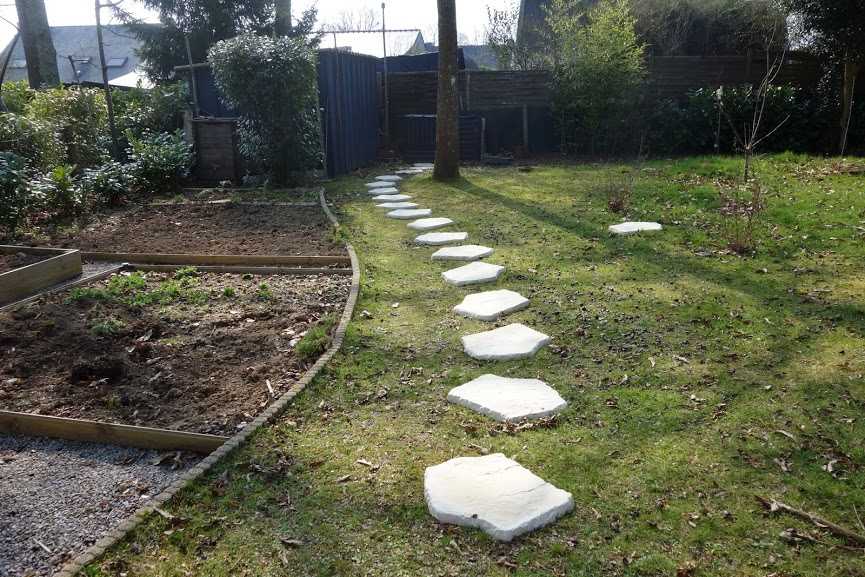 Once the final positioning is validated, you can move to the second step.

In order to pass the mower without problem on the driveway, we must bury the Japanese footsteps about 1 cm from the surface of the lawn.

At first, using a spade, we will draw the wave of the Japanese step to make the hole. 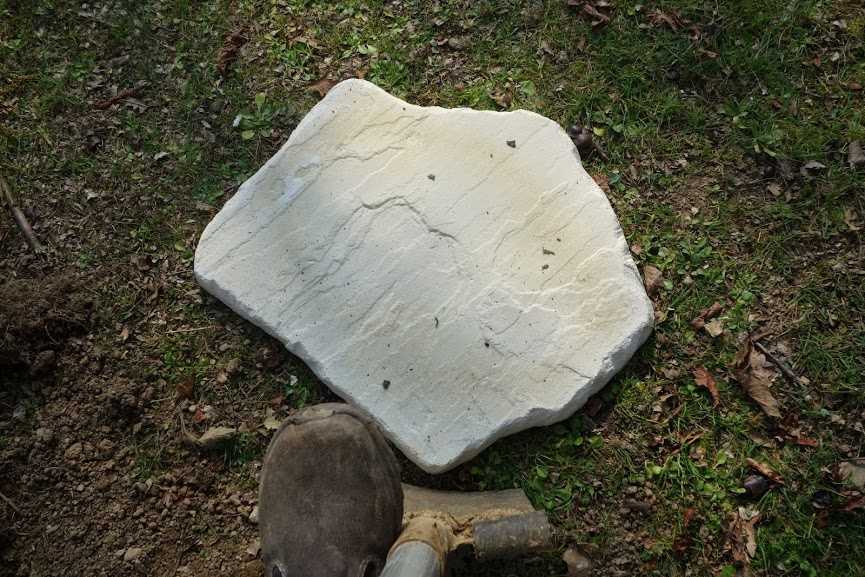 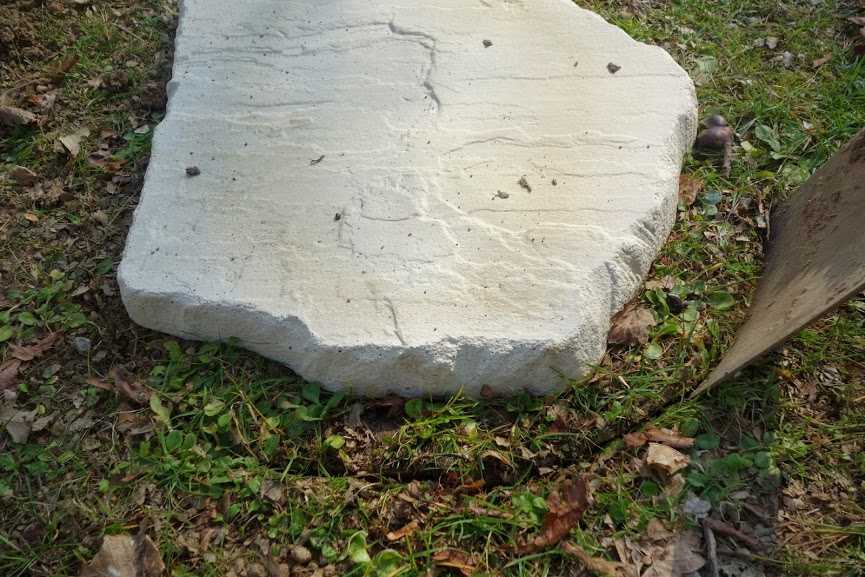 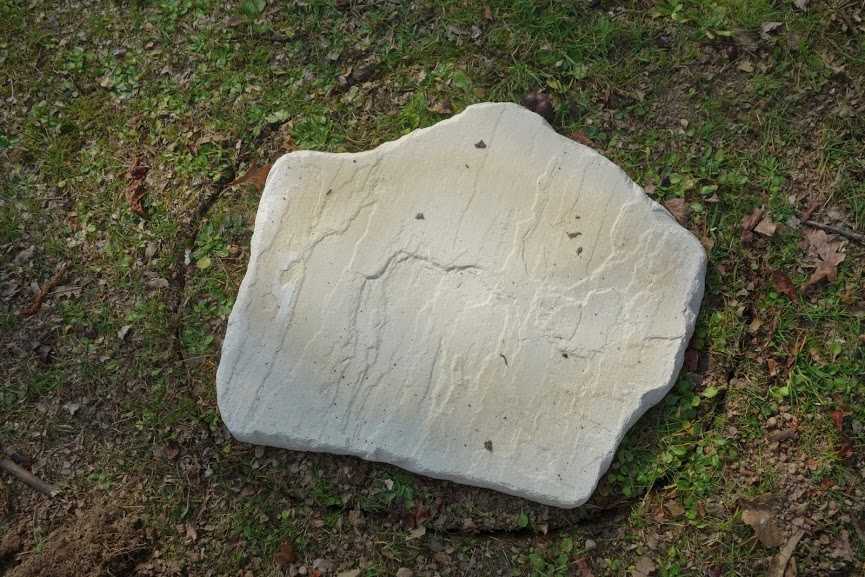 Once tracing, we will be able to move right next to the hole location by keeping its positioning to be able to replace it. 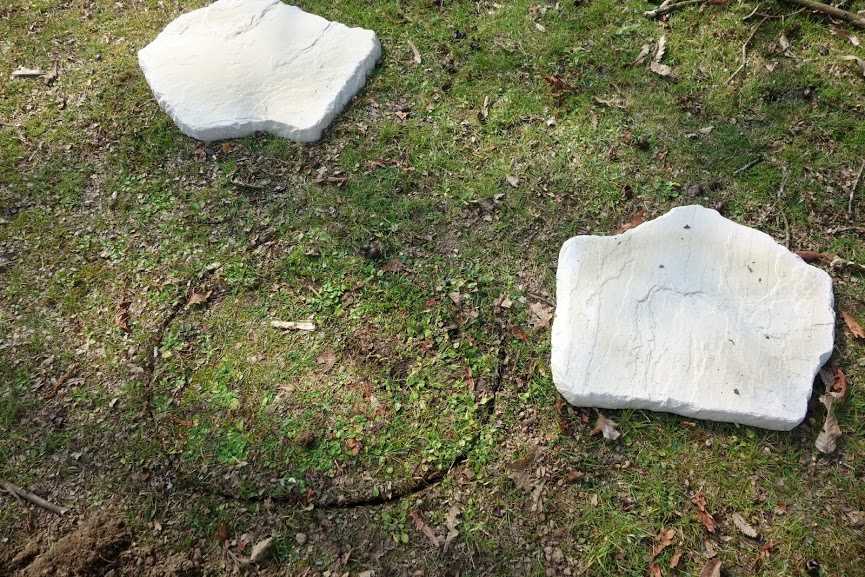 We must now remove the earth inside the trace left by the spade. 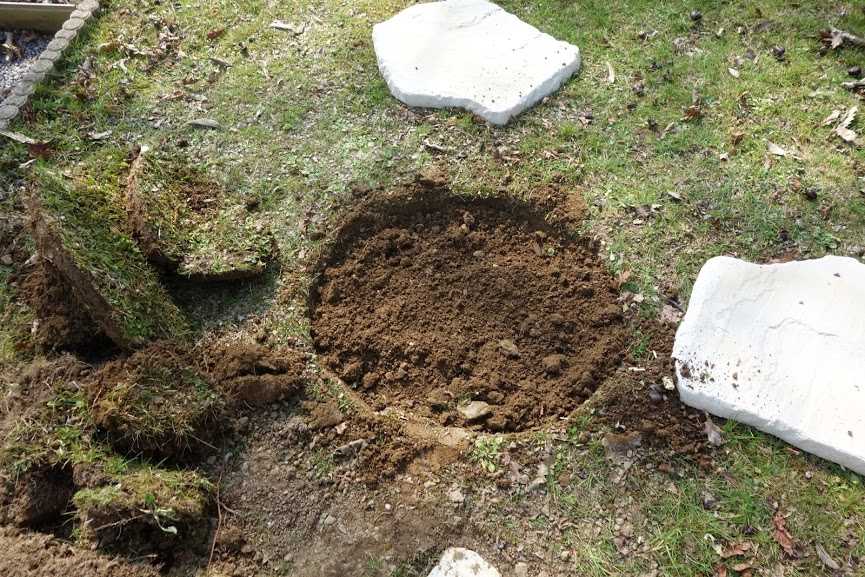 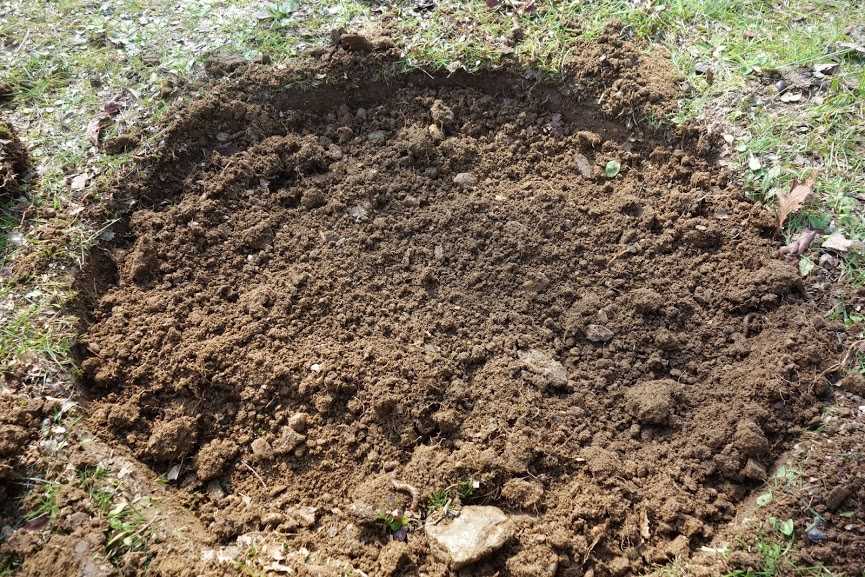 It will take the stones and level the earth inside the preparation hole.

My land being very sabonous, I do not use sand under my Japanese steps but I advise you according to the consistency of your land to use a bed of sand.

See also  Hiding a tree stump by creating a flowerbed

3 – Position the Japanese step in the prepared hole

Japanese step being positioned next to its final position, it remains only to move the step in the hole without changing the orientation. 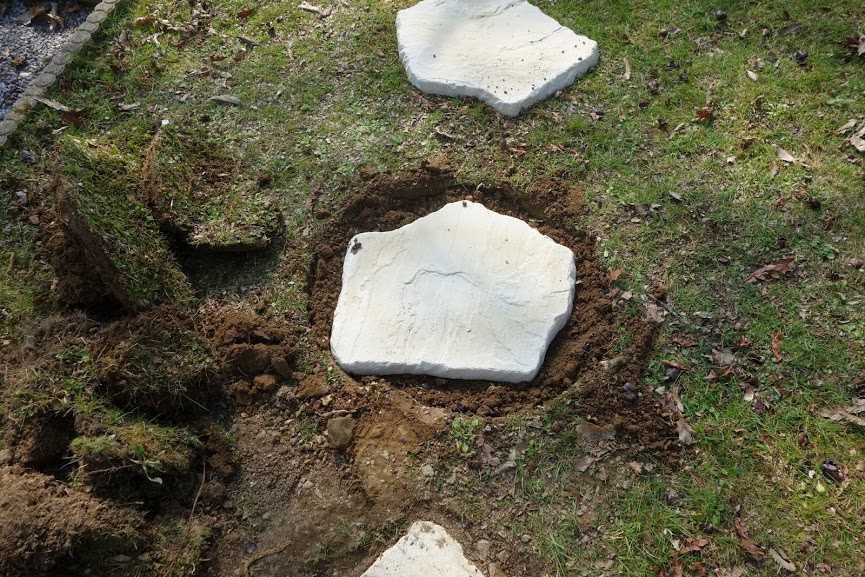 It will now have to play with the earth (or the sand) to position the Japanese step in height.

As a reminder, the step must not exceed not that the mower blade “Cogne” in. 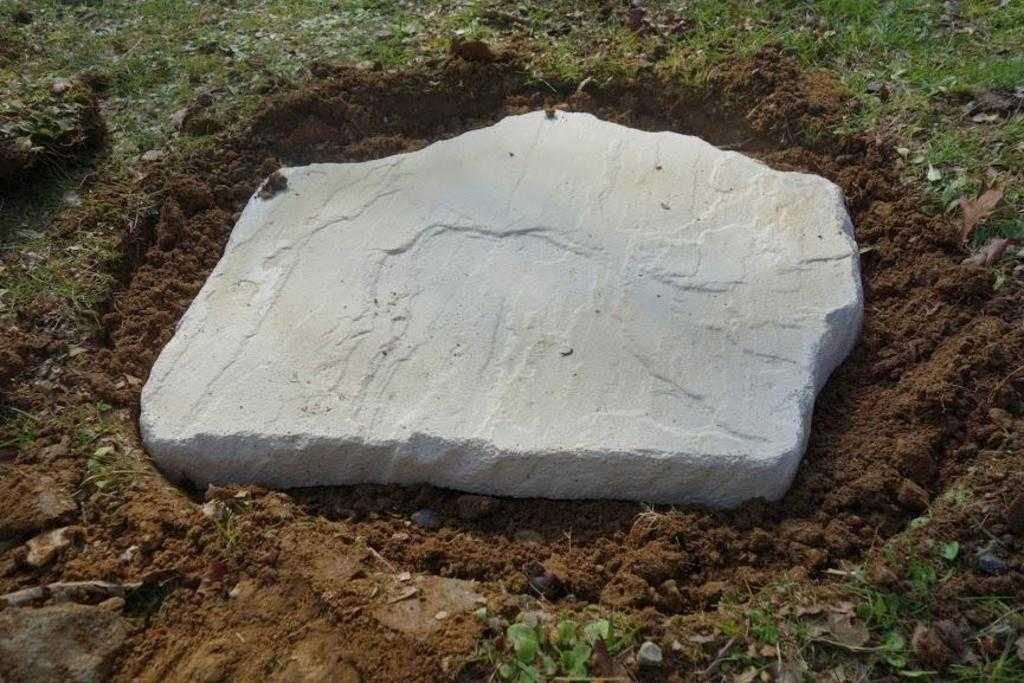 Once well positioned, I advise you to ride the ground to pack the earth and especially to see if the step is stable and does not rise from one side or the other. 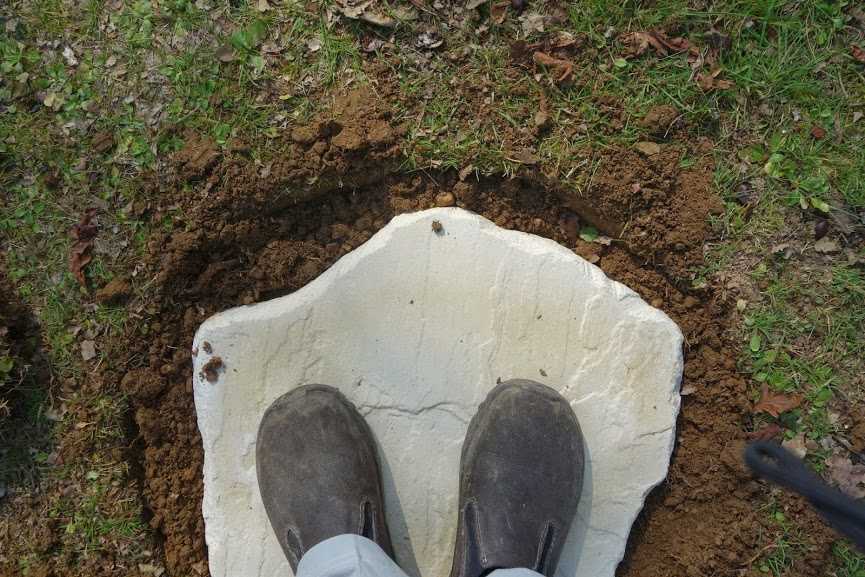 Here, our Japanese step is now positioned in its final version.

We will now give the ground around the footstep. 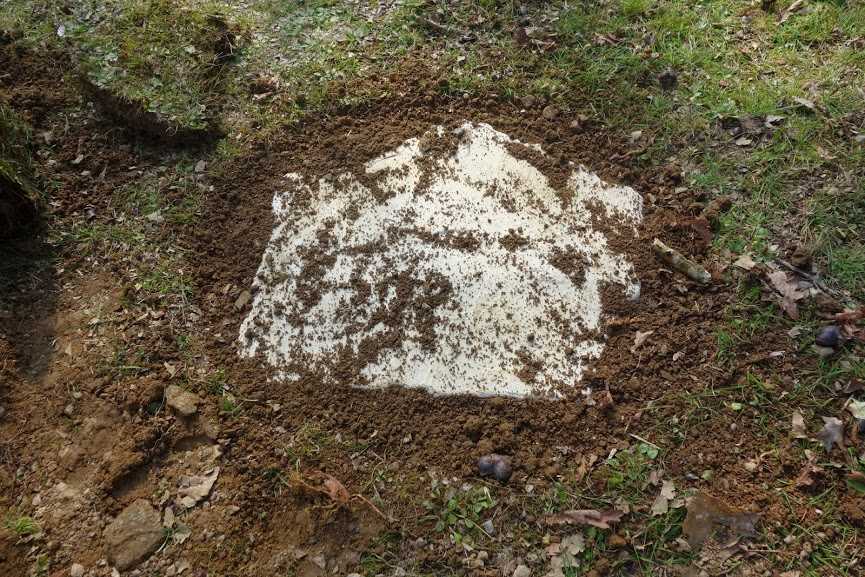 A little broom and turn is played! 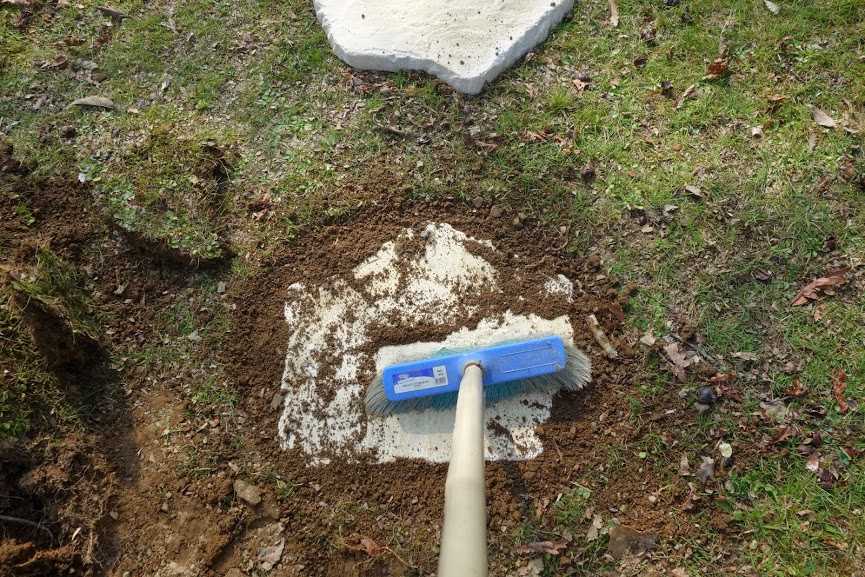 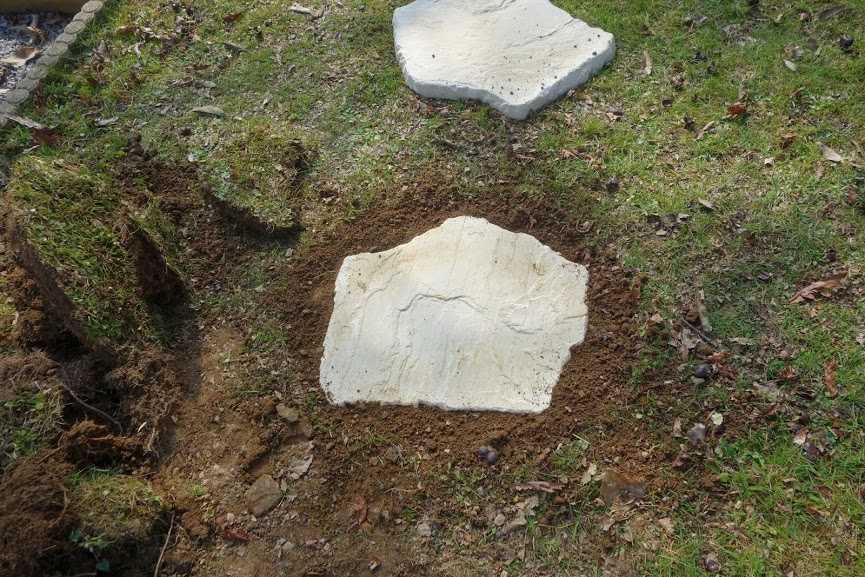 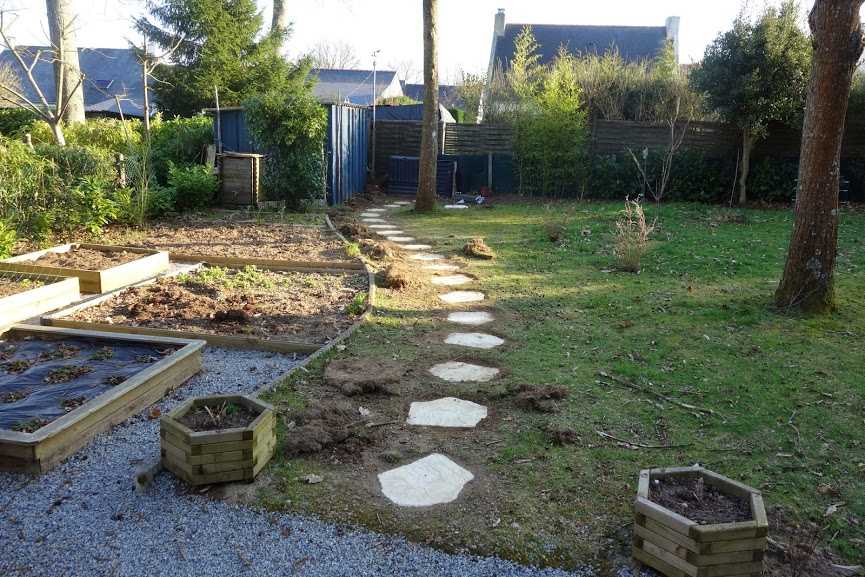 He will stay now to put a little grass around the steps and the turn is played!

If you want other ideas, I advise you this article: 5 ideas of garden driveway adjustments

The laying of Japanese not on a lawn is very easy enough.

You will mostly need elbow oil to make the holes at good depth so that Japanese footsteps do not exceed to pass the mower.

Concerning the quality of Japanese footsteps Brico Depot, for the moment, nothing to complain about, they are beautiful and resist perfectly.

See also  Hiding a tree stump by creating a flowerbed

I want for proof the following two photos, taken 3 years after the pose, and we can say that our Japanese little footsteps blew in the decor: 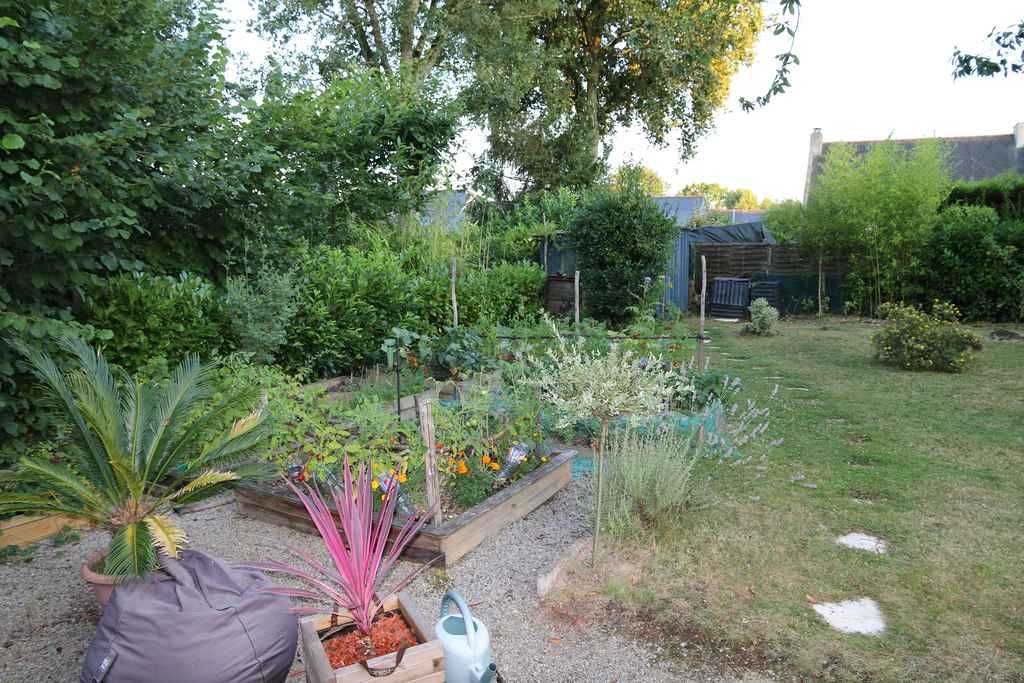 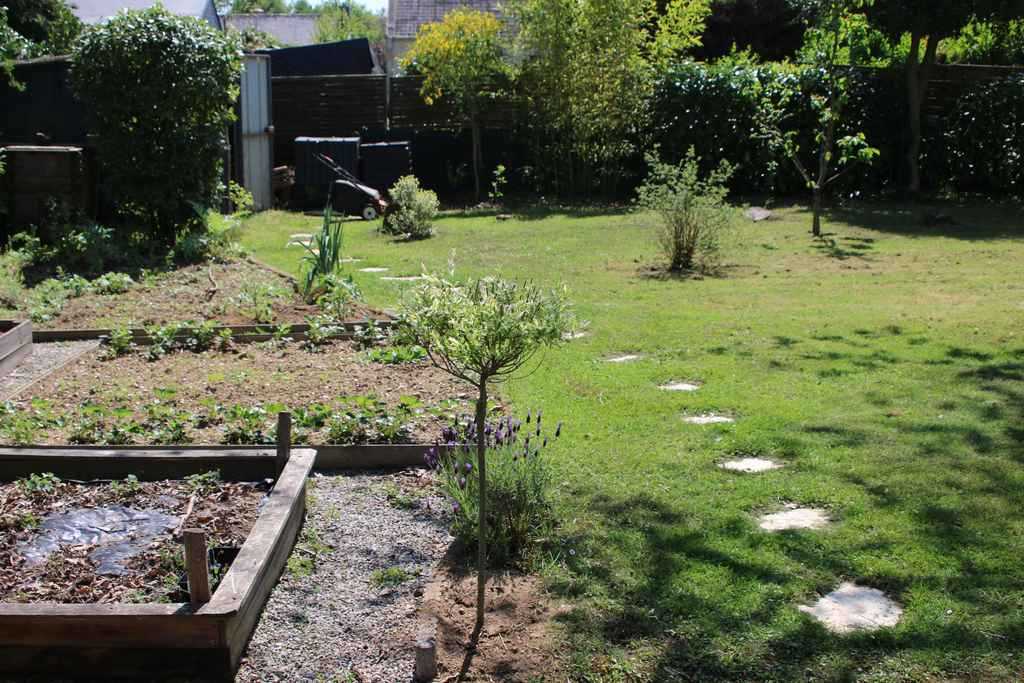 16 water feature ideas for your garden

Hello, We all dreamed one day of a little water spot in our garden. I have found for you 16 ideas of water basin design to reproduce in your garden! There's nothing like a beautiful water feature at home with beautiful aquatic plants. If you really dream of a natural swimming pool at home, I [...]

Hello everyone, I let you discover the top 20 garden decorations that can be redone at home. A short video summary for those who are interested and would like to share: https://www.youtube.com/embed/14y8SDvXMLw

Fight against oidium and mildew – bicarbonate and black soap

Hello everyone, Small article on a solution that I found on the net concerning the fight against mildew and the moundium. Well, I hope it will work because the oidium has just attacked my cucumbers and zucchini. Look rather: Cucumber attacked by the oidium Zucchini attacked by oidium   So we will prepare a mixture [...]

Installing a Bellijardin rainwater collector The frosts having passed, here I am in the idea of installing a "Belli" wall recuperator. Here is the machine: First, we cut the gutter to install the water collector system Then turn off the top of the collector to put it at the right size of the goutier To [...]

How to prune a rose tree?

Hello, In order for a rosebush to provide beautiful roses from spring onwards and also to offer an always pleasant port, it is advised to prune the rosebush after the last frosts until the end of March. We are talking here about training pruning and not the pruning that is possible all year round, especially [...]

What are the different ways to dismantle a pallet?

It is possible to make very nice furniture with pallets, you can do it alone, you just need to apply the right methods and have the right equipment. However, before working with a pallet,...

Hiding a tree stump by creating a flowerbed

Hello to all, I live in a housing estate that was originally an old chestnut grove. Who says chestnut grove says tree stumps that are still lying around. Well, we can't say that it's the most aesthetic to have a stump in the middle of a lawn! I had taken the trouble to plant things [...]

Getting rid of a wasp nest in the ground

It's summer, you are having a quiet drink on the terrace or you are enjoying your merguez straight from the barbecue and there were wasps come to spoil this moment of relaxation! You try to find out where this intruder came from and there you find a wasp nest in the ground. How to get [...]

How to place a composite terrace on lamps and studs